Brief thought: Earlier this year a colleague was describing a visit to the Australian Embassy in Wellington to renew a passport.  She had been shocked to find a significant police presence in the surrounding streets to the embassy until she realised that the Australian Prime Minister was visiting.  Still, I had to wonder how the pervasive presence of the law at such events is increasingly becoming normal.  We don’t question that perhaps as little as 10 years ago, a visit from our neighbouring nation’s leader would been cause for some security, but hardly a lining of the streets.  Here I subscribe to the fro 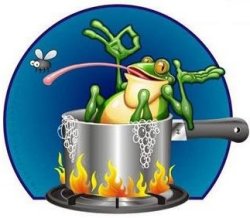 Applying this same logic to the current Occupy Wall Street protest, while searching for photographs from around the world I noticed a heavy police presence in a number of them, some I’ve included above.  I recall a large number of police dragging protestors out of Bastion Point in 1978, so there is a history for it, however this occurred on the day when there had been an official decision to remove them.  Even thinking back to the 1981 Spring Bok Tour, one could rationalise police intervention as perhaps mitigating any possible fracas between the protestors and the rugby-mad.  But at peaceful protests generally?  It is one thing to know that the police act on behalf of government (and the corporations whose interests they protect); quite another to see visual representation of such a menacing presence in the aid perhaps of suppressing dissent.  Can police oaths-of-office, that often incorporate the promise of ‘keeping the peace’, be re-interpreted as pledging to maintain the status quo?  That’s a disturbing thought in a world fed to us through television or movies, where police exist to protect the good citizenry.  To keep us from harm.  To pursue and harangue the bad guy.  The pictures above suggest not.  The video below, just drives that point home.  As Marlow puts it in The Wire (yep, I really do love that series): “you want it to be one way.  But its the other way“.  Right on.