‘Tis funny cos I wrote this on 19 November 2008 and then abandoned my blog for a while to try and engage in a thesis (stupid) so it has sat in my drafts for coming up 3 years now.  Interesting to read given how things have gone, hence bugger it, I’ll publish it anyway, before posting some updated thoughts…

So the National Party and the Māori Party in coalition – who would’ve thunk?  I personally believe the Māori Party are making a massive mistake, and am heartily disappointed. Yep, I get the arguments about what National have done historically for Māori (kohanga etc.) and the hideousness of our most recent Labour government regarding the Foreshore/Seabed Act, removal of references to the treaty etc., but ideologically I think this is a really bad move. The smiling assassin John Key (and when you read his employment background, that title really fits) is borrowing from the Obama campaign’s call for working across political divides, and attempting to erect here in Aotearoa a veneer of inclusiveness that looks nice from the outside but could very quickly turn rotten on the inside.

I notice from the National Party’s list of ‘first actions’ they intend to ‘Introduce an RMA reform bill to reduce the costs, delays, and uncertainties in the Act’. This has really bothered me alot in recent times with regard to our Papatuanuku. You can read that as removing every obstacle that lies in the way of developers developing land that should be protected, and I wonder if the reform bill will mean applicants no longer need to consult with local iwi? I am certain that will be seen as causing ‘unnecessary delay’. I also note with interest that none of the appointments provide any input from the Māori party on our environment – surely as tangata whenua this should be one of our greatest concerns? Further, looking at the first actions on law and order, many if not all will disproportionately affect Māori, and the introduction of legislation to require DNA testing for every person ARRESTED (yep, you don’t even have to be found guilty) is of real concern. National have agreed to support Acts desire to follow the USA’s very unsuccessful ‘3 strikes and you’re out’ laws (which disproportionately affect AAs in the States, surprise, surprise!), that will also disproportionately impact Māori. Plus there is mention in there of a referendum on MMP that National intend to hold. How scary – why would they consider doing this unless they wish to go back to first-past-the-post, in which case they wouldn’t need to get rid of the Māori seats, because they’ll be toothless anyway if filled by a minority party. No Māori input on any fiscal/economic area (social issues only – just like ads on tele, its all the social ones e.g. stop smoking, that feature the brown faces) which are going to have the biggest impact on everyone in the coming years of financial crisis. Act on the other hand will have enormous say in this area – preparing the way for economically conservative policies that will serve the interests of big business at the expense of the workers and people at the bottom.

I know I sound very cynical and negative but my puku tells me this is a big, BIG mistake – that the looming economic crisis is going to impact particularly heavily on Māori, and that the Māori Party are going to be tied to the way the National Party handle that crisis. The Māori Party have put themselves in the role of handmaidens to the powerful (and wealthy) and may get a few nice trinkets to look at (ministerial positions OUTSIDE OF CABINET spread over such enormous portfolios as to render them too much for a single mp) while overall policy changes devastate those at the bottom once again. As they say, lie down with dogs, wake up with fleas.

And what’s with the ‘total consensus’ that is being touted from hui? I would feel much more comfortable if dissenting voices had been heard, and the Māori Party had made their decision having heard all sides of the argument. Good decisions do not arise from only hearing the singular voice. Hei aha – ma te wa, time will tell. 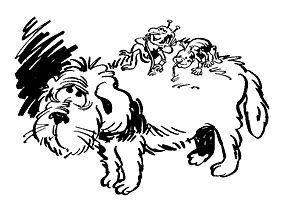 When it comes to the table of politics in Aotearoa, the Māori party tout the value of having a seat at the table.  My fear is that in reality the Māori party will wind up underneath the table picking over the scraps, instead of setting the menu, and teaching our Pākehā breatheren how to equitably share the kai.